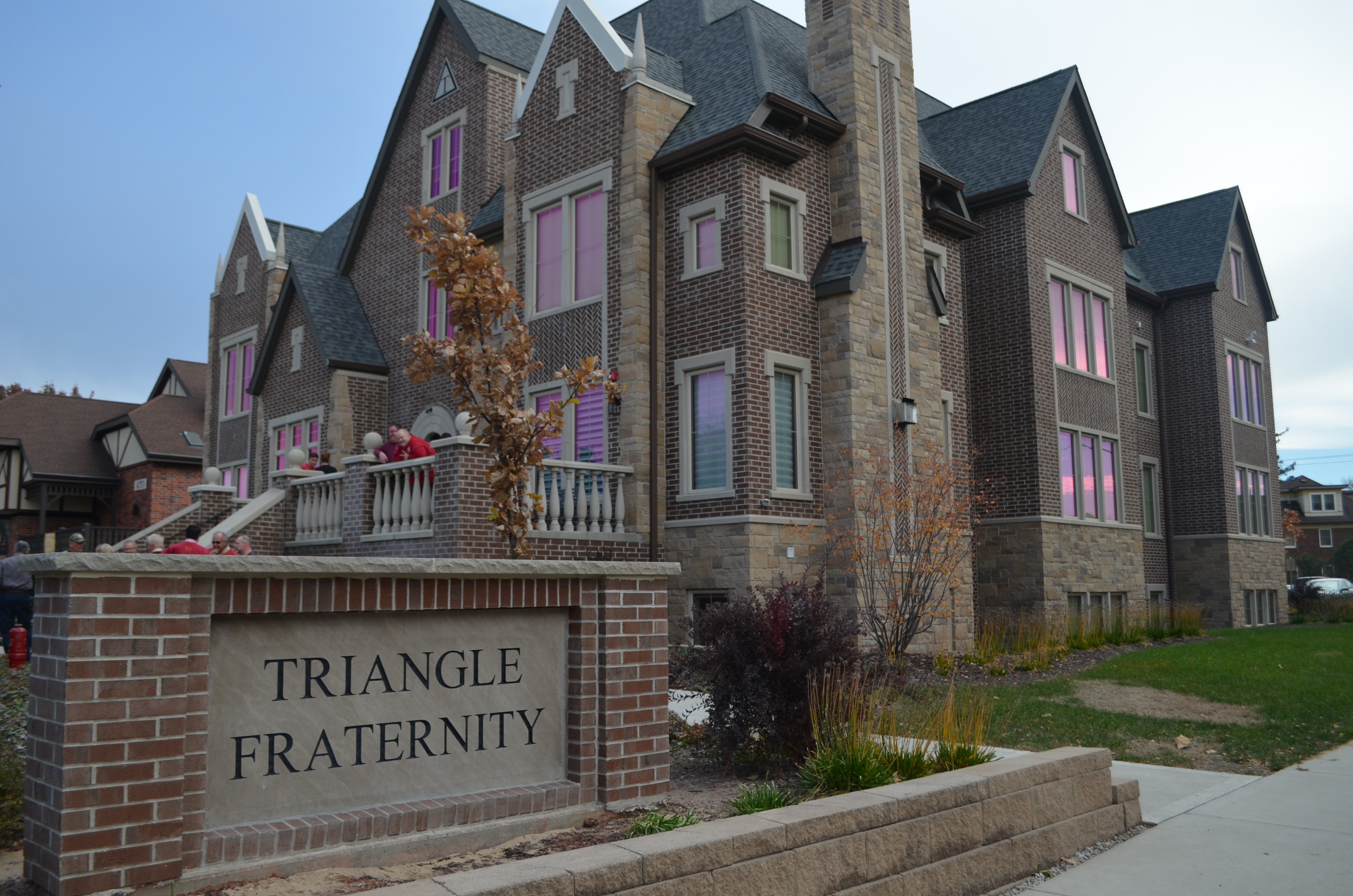 Living together is what strengthens the bond of brotherhood and Iowa State Triangle has never had a better home to build the bonds of brotherhood than our new house at 2136 Lincoln Way.  Triangle’s home is at the heart of ISU’s Greek neighborhood, providing maximum exposure for the Triangle name.  The house is less than five years old and is by far the crown jewel of Greek houses at Iowa State.

Our crown jewel home in the heart of Greek-ville will provide Triangle brothers of all generations a place to gather in Ames.  The alumni leadership is committed to ensuring that the cost of the facility is not a burden on the growing chapter.  Several alumni have already pledged their support and we ask each alumnus to make a gift to support our chapter.  Our goal is to secure at least $1,000,000 in donations, in addition to the $1,000,000 lead gift we have already received.  This ambitious goal allows each of us among the opportunity to give back.  We have engaged the Triangle Education Foundation to staff the campaign and work with the volunteer leadership towards our goal. Working with the Triangle Education Foundation provides alumni a variety of giving opportunities, including tax deductible giving, the ability to make gifts directly from Retirement Accounts including Required Minimum Distributions.  Alumni may also make grants from a family foundation or Donor Advised Fund.

Thank you to the following alumni and friends of Triangle who have already made a gift!

Please contact Foundation Vice President Aaron Girson (agirson@triangle.org or 317-203-4510) with any questions.  You may also set-up your secure gift online by filling out the information below: